I haven’t seen much of Finland yet but this has to change. Since I am currently doing a placement at the National Board of Antiquities and visited an excavation in Vantaa, I wanted to come back on a sunny day and have a closer look around. 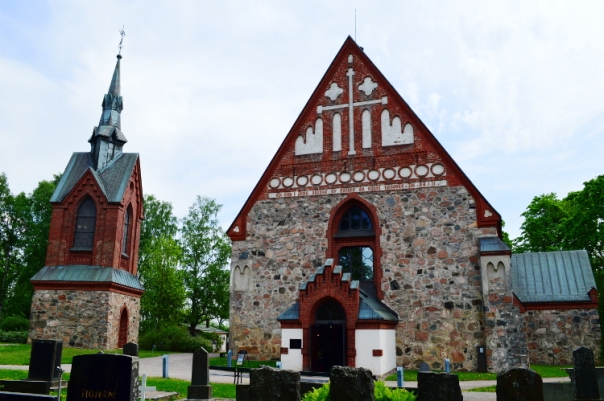 The Lutheran church of St. Lawrence is a medieval stone church (built in 1460). Before there used to be an earlier church building made from wood. Of course it has gotten under many changes during the time. It used to have smaller windows for example and the outer walls were whitewashed. Inside, the walls used to be covered with paintings and were whitewashed after the Reformation. After a fire in 1893 parts of the white paint burned away and the old paintings showed through. Fortunately copies could be made. The fire also damaged part of the stone structure while altarpieces could be saved. The church and the bell tower were rebuilt afterwards. Not all wooden sculptures made it through the fire. Four out of eight remained.  A statue of Job made in Lübeck, Germany can be seen in the National Museum in Helsinki. *

You should also have a look at the cemetery. It’s especially pretty in spring when the cherry trees are blooming.

Right in the front of the church is a really nice café that offers freshly baked cookies and sweet buns. There is lots of space inside but if the weather is nice you should enjoy your coffee outside and enjoy the view. 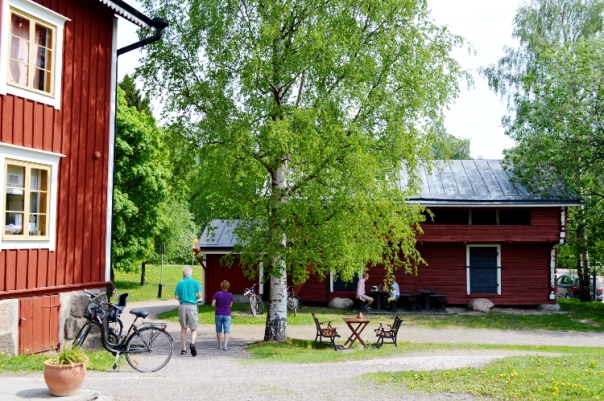 If you walk around in town a bit you will come across lots of nice wooden houses. Some of them are new, some of them are old but every new house that is being built has to match the appearance of the town. 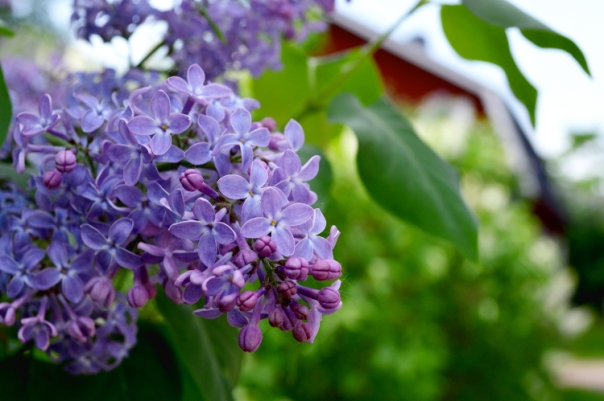 Afterwards we decided also to pay the tuomiokirkko (cathedral) of Espoo a visit. 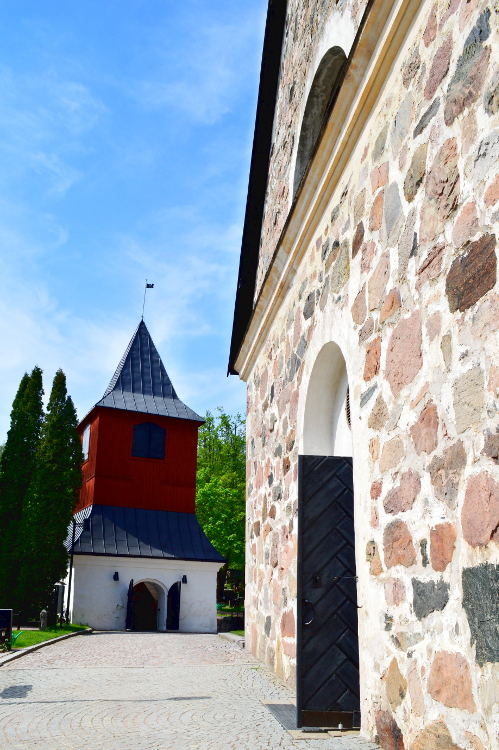 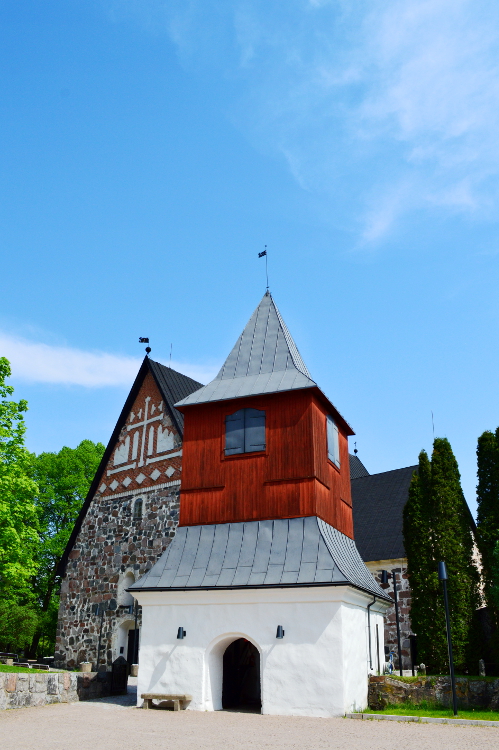 This stone church was also built in the 15th century but only became a cathedral in 2004. 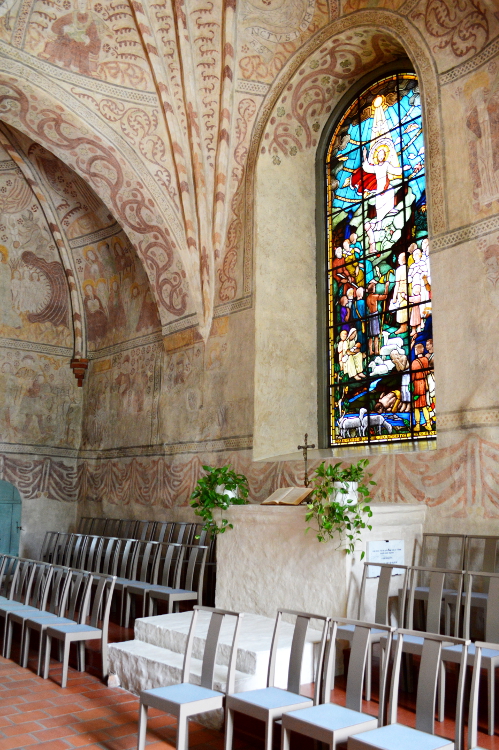 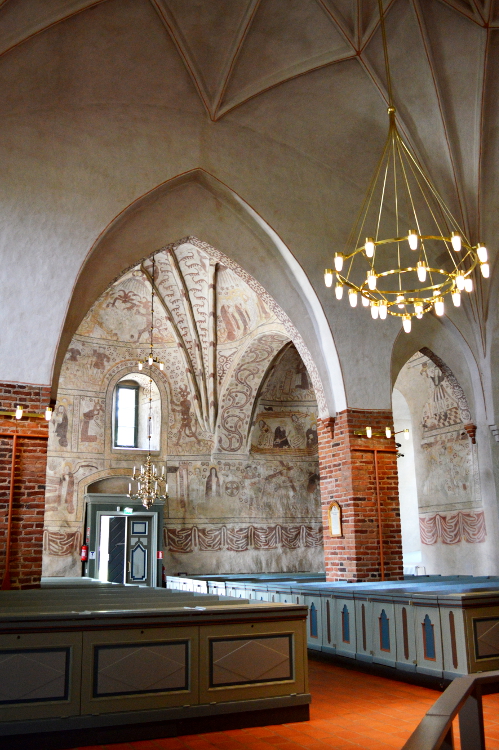 Like in Vantaa the wall painting were covered up in the 18th century but uncovered during renovations later. They show biblical seens as well as scenes from daily life. * 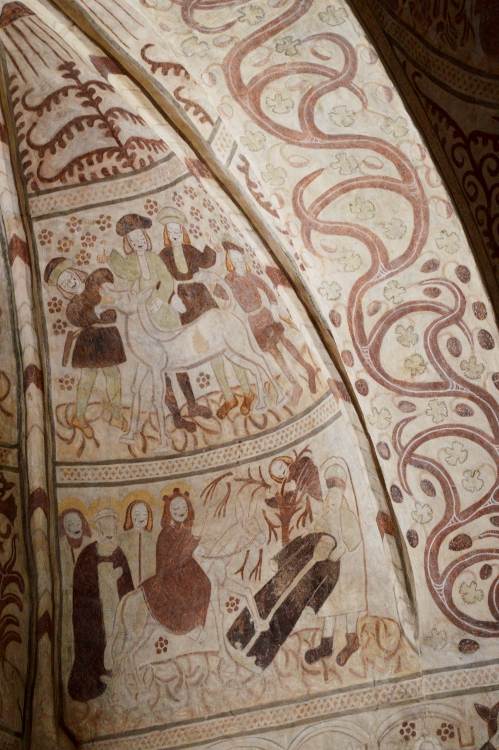 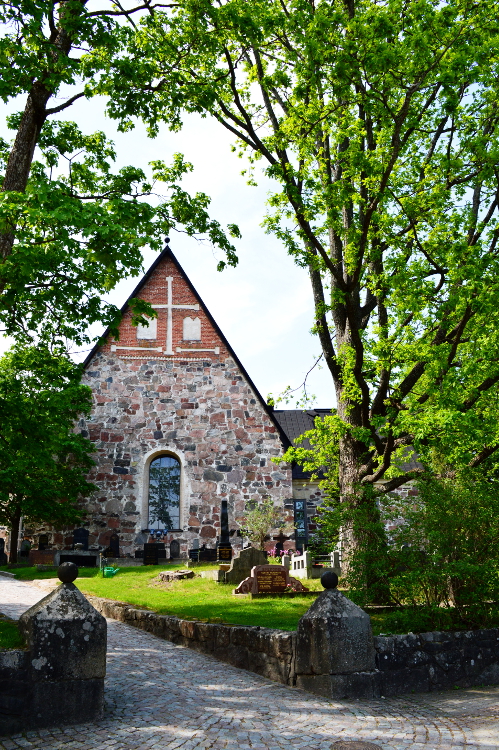 So if you are in Helsinki it’s definitely worth it to leave the city for a few hours and have a look around the country side.

“Spring?” you might ask. Right now it’s a proper summer even here in the north, but since I’ve been too busy to update the blog, I thought now would be the time to post these pictures. They’re actually from the end of April, so they indeed are late.

The church in the background is the German Church in Kaartinkaupunki, where we went for a German flea market and some Kuchen.

The flowers had just started to bloom in Tähtitorninmäki/Observatory hill.

In Finland, as soon as the snow has melted and the sun is up, it’s the perfect weather for sitting in the park (possibly with alcoholic beverages).

The houses in Kaivopuisto are some of the most beautiful in Helsinki.

Some Art Nouveau buildings in Ullanlinna. Helsinki is one of the finest Art Nouveau cities in Europe, and I personally love the style. 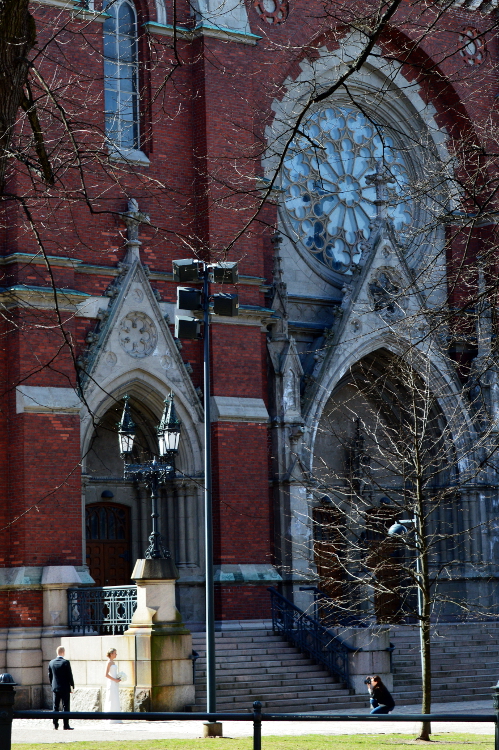 We were walking past the St. John’s Church, when we noticed a couple were having their wedding pictures taken at the entrance. The church itself is of the Gothic Revival style.

So hopefully the next pictures of Helsinki will be summery ones and we can all forget that winter ever happened. The next post I’m writing will nevertheless be of these beauties: Gentle Folk’s Bread.