“Spring?” you might ask. Right now it’s a proper summer even here in the north, but since I’ve been too busy to update the blog, I thought now would be the time to post these pictures. They’re actually from the end of April, so they indeed are late. 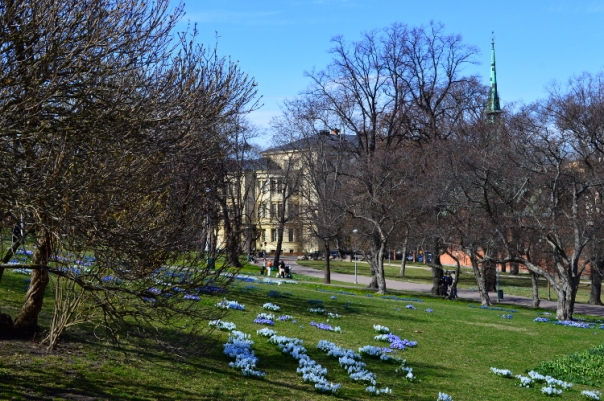 The church in the background is the German Church in Kaartinkaupunki, where we went for a German flea market and some Kuchen.

The flowers had just started to bloom in Tähtitorninmäki/Observatory hill. 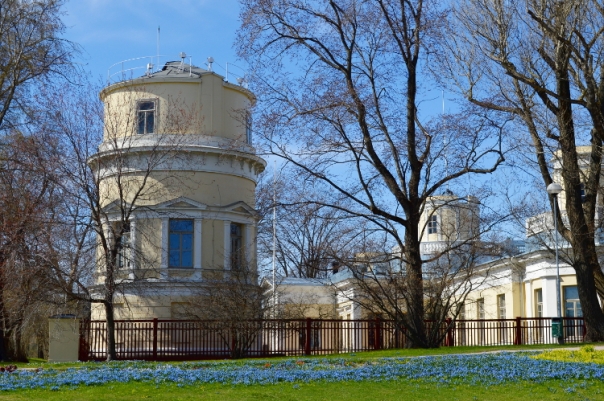 In Finland, as soon as the snow has melted and the sun is up, it’s the perfect weather for sitting in the park (possibly with alcoholic beverages).

The houses in Kaivopuisto are some of the most beautiful in Helsinki. 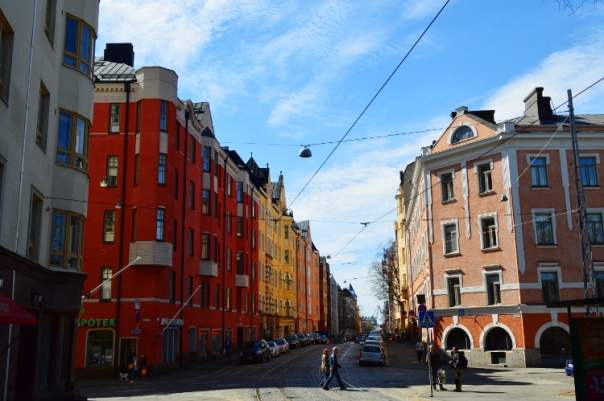 Some Art Nouveau buildings in Ullanlinna. Helsinki is one of the finest Art Nouveau cities in Europe, and I personally love the style.

We were walking past the St. John’s Church, when we noticed a couple were having their wedding pictures taken at the entrance. The church itself is of the Gothic Revival style. 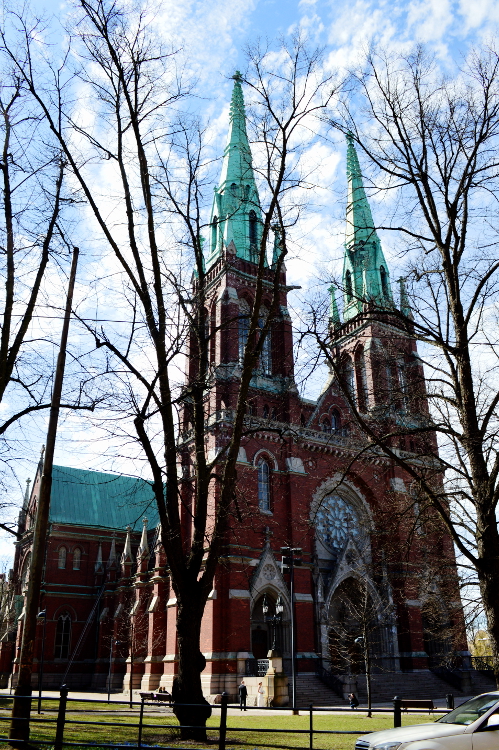 So hopefully the next pictures of Helsinki will be summery ones and we can all forget that winter ever happened. The next post I’m writing will nevertheless be of these beauties: Gentle Folk’s Bread.

There are quite some flea markets in Helsinki, but ever since my favourite one closed in 2012, I started visiting them less frequently. All of them seemed to be really small and ridiculously overpriced. There were always too many half-professional touts trying to make some crap look like gold. My blood still boils remembering one particularly rude one that claimed a broken plate was actually 200-year-old porcelain from China and wanted 20€ for it. That would have been quite a find if it were true…

Well enough with the ranting! Luckily enough a new flea market called Kattilahallin Kirppis rented a lovely hall in Suvilahti, to fill the empty void in the Helsinki flea market culture that Valtteri Flea Market had left behind. It’s being held once per month, and the first time was 9th of February. It had clearly been awaited: there was actually a huge queue before the doors were even opened!

The hall itself was really nice with beautiful architecture. The area of Suvilahti, where the hall is located, is actually a power plant from the early 1900s, made with lovely Viennese Jugend style.  Obviously it’s not used as a power plant anymore, instead it has been renovated to house many cultural activities, including the Flow Festival (where I saw Lily Allen performing in 2009!) in the summertime.

The hall managed to serve as a flea market really well. The noise levels weren’t awful, there was air to breathe and the place wasn’t overly full (even with the huge queue outside) since the security people only let some people in at a time.

The flea market wasn’t full of half-professionals either, there were mostly stylish Helsinki women aged 20-30 selling their beautiful old clothes. I saw someone buying a Danish designer silk dress for 12€, which sounds like a good price for me.

In the end I bought a nice shirt for 50 cents and two balls of yarn for 1€. Not badly priced at all! The next flea market will be held on the 30th of March – and we will definitely be there. It would be a great place to sell stuff as well, but from what I’ve heard the selling spots are reserved pretty fast.

All in all, despite the silly queuing, it was a great way to spend a Sunday afternoon.