I have been fantasizing about making a Toffee Nut Latte for a while and have been experimenting with creating a vegan whipped cream so I wouldn’t have to buy a ready made one from the store. Unfortunately that didn’t work out as well as planned, so I gave the caramel sauce a try which turned out perfectly! 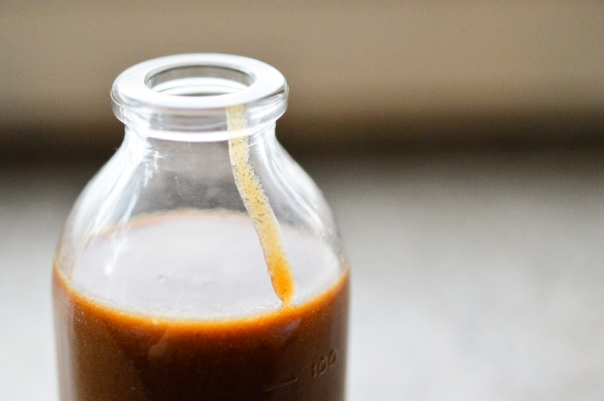 This caramel sauce is made with coconut oil instead of vegan margarine which lots of recipes seem to use. I also didn’t use any nut butter for it but added some almond milk. If you can’t eat nuts (coconut is not a nut botanically) you can switch to soy milk or a different nut-free milk.

The colour of the sauce and its dark and deep flavour is a result of the coconut sugar I used. If you don’t like the taste of coconut sugar (it’s quite different from plain sugar) you can substitute it with brown cane sugar. The caramel can be used in coffee, hot chocolates or on desserts and ice cream and it will last in the fridge for several weeks (or even longer). If you don’t eat it with a spoon directly from the jar that is!

Combine the milk with the sugar in a saucepan and heat on medium until the sugar is dissolved. Add a litte bit of vanilla and salt and whisk in the coconut oil. Let everything simmer on low heat while stirring constantly until the caramel sauce starts to thicken up. When it has reached its desired texture take it off the heat and let it cool down. It will thicken up more once it has cooled. Pour it in a jar and store in the fridge. If you manage not to use it up immediately, it might seperate after a few days, so give it a stir before serving. Enjoy! 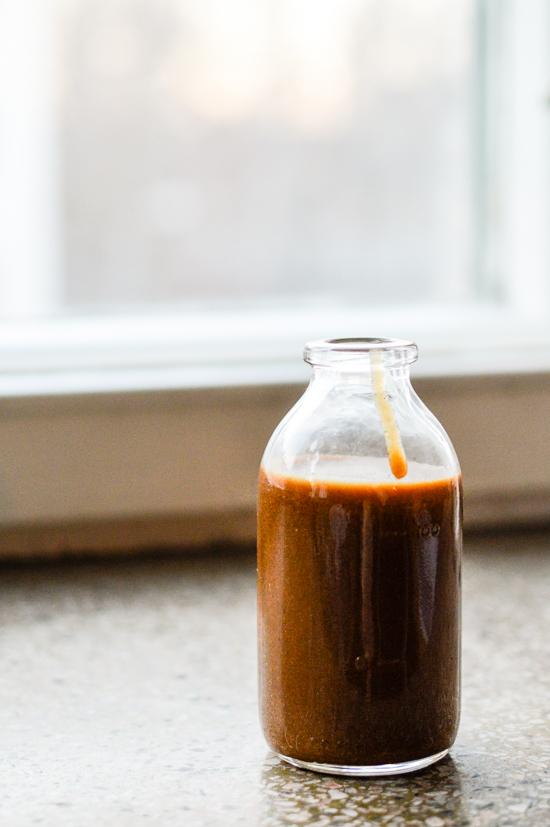