I actually don’t remember if I ever had a proper eggnog. Many years ago a good friend of mine made an eggless eggnog when we stayed Christmas in the Dakhla Oasis in Egypt, where we had been for excavations. She didn’t want to use raw eggs because we already had managed to get salmonella from raw cookie dough a month prior to Christmas, so they were out of the question. While salmonella is not so much of a problem in Finland, I still wanted to stick with an eggless eggnog recipe. After realizing that I don’t really drink cow milk anymore either, I decided to make it completely vegan.

If you don’t want to have a vegan eggnog but keep it eggless nonetheless, you could also switch the almond milk for a full fat cow milk and use normal whipping cream. 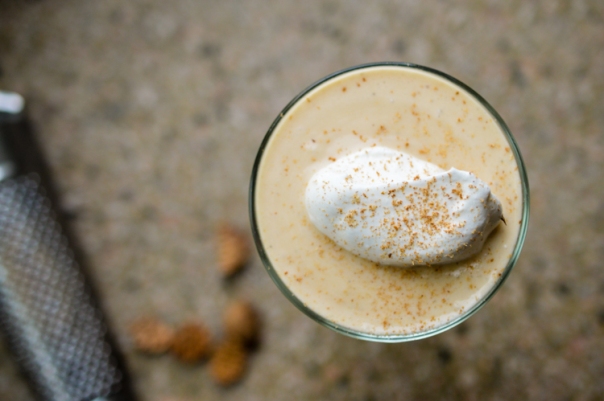 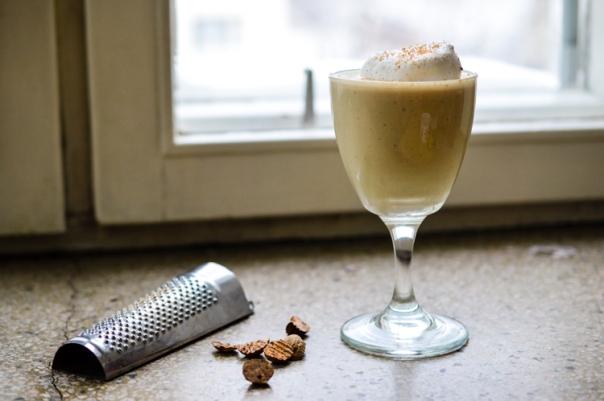 Take a tbsp of the almond milk and mix it with the corn starch. Set aside and heat the rest of the milk on medium heat with the vanilla. I added empty vanilla pods to give the milk a nice flavour. You can now add the sugar. How much you’ll need depends if you use a sweetened milk or not, so add a bit more than 1/3 cup if it’s not sweet enough for you. When the milk starts to simmer add the cornstarch/milk mixture to thicken it up. Take it off the heat and start whipping the soy cream. Keep a few spoons for decorating the eggnog later and gently stir the rest of the cream under the almond milk mixture. Let it cool down in the fridge (or outside if it’s cold enough). Add rum or brandy to your eggnog or leave it like it is. Pour in glasses, scoop a bit of cream on top and decorate with some freshly ground nutmeg! Enjoy! 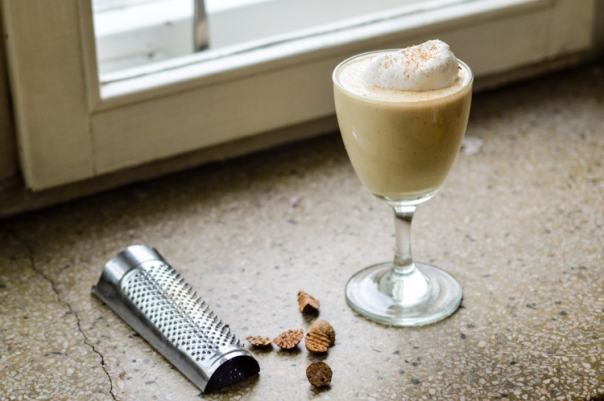 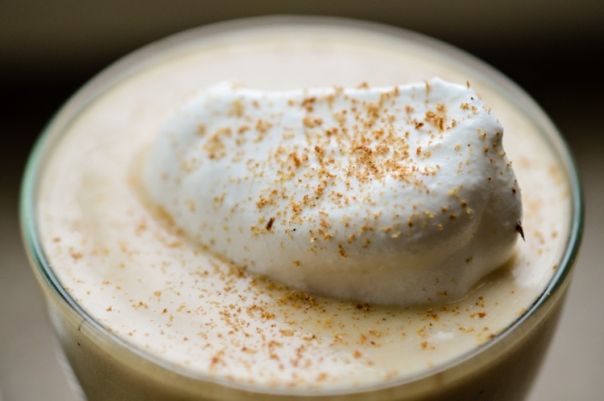